Music and Lyrics by STEPHEN SONDHEIM Book by JAMES LAPINE

'Cameron Menzies’s production storms along with such irresistible zest and unflagging energy that it deserves packed houses throughout its run.'

‘Careful the things you say: children will listen!’

In a whirlwind quest to make their dreams come true, our cast of storybook heroes, heroines and villains learn to be very careful about what they wish for. Once upon a time, they all go into the woods on very different quests, all hoping to live happily ever after – just like in the fairy tales. But in these woods, nothing is straightforward… and what you think you want isn’t always what you end up getting.

Northern Ireland Opera are delighted to be bringing one of Stephen Sondheim’s most loved musicals to Belfast. ‘Into the Woods’ promises to be a real highlight for audiences in 2022: a wonderfully intriguing show that brings together and intertwines some of the beloved Brothers Grimm fairy tales, such as Little Red Riding Hood, Cinderella, Jack and the Beanstalk and Rapunzel, to ask what might have happened before “Once upon a time” and after “Happily ever after”.

This locally built and created musical will be presented at the Lyric Theatre, featuring some of Northern Ireland’s greatest musical and creative talent. We are thrilled to be able to introduce Belfast to some wonderful new local talent while at the same time to be able to showcase some of the West End’s finest performers, some originally from Northern Ireland and making their debut performances back home.

‘Into The Woods’ follows three highly successful productions each February by Northern Ireland Opera at the Lyric: ‘The Threepenny Opera’ in 2018, ‘Sweeney Todd’ in 2019 and ‘Kiss Me, Kate’ in 2020. We look forward to welcoming audiences old and new to this latest production, opening on 9th February 2022.

A final note from our Director, Cameron Menzies about the legendary composer and lyricist of ‘Into The Woods’, Stephen Sondheim, whose recent loss is an incalculable one to music and to theatre:

“We will endeavour to create a wonderful tribute to one of the greatest musical theatre composer/lyricists of all time. There is truly now a Giant in the Sky.’’ 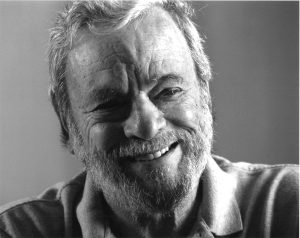 Community tickets: A limited number of £15 tickets are available for community groups - contact Caolan at c.keaveney@niopera.com for details

A schools rate is available - please contact the box office at The Lyric Theatre for more information. If your school is interested in online workshops around this production email info@niopera.com with 'School Workshops' in the subject line.

'Cameron Menzies’s production storms along with such irresistible zest and unflagging energy that it deserves packed houses throughout its run.'


Snow White (Understudy for The Baker's Wife and the Witch)


Voice of the Giant


Milky White made by

If You Can Find Me

An evening with music by Stephen Sondheim